Pollution remains the world’s largest environmental threat to human health, responsible in 2017 for 15% of all deaths globally, and 275 million Disability-Adjusted Life Years. The 2019 report, which uses the most recent Global Burden of Disease data from the Institute of Health Metrics Evaluation, underscores the extent and severity of harm caused by air, water, and occupational pollution.

“We’re facing serious risks from pollution and those risks are exacerbated by climate change. The U.S. has historically been the gold standard in tackling pollution, and today we are sadly not doing enough and the fact that we’re going backward is unconscionable. This report reminds us that climate change isn’t just about faraway countries or forest fires and floods – it’s about our health and the health of our kids – here and now,” says Gina McCarthy, former U.S. Environmental Protection Agency Administrator.

The top ten countries with the most pollution deaths include both the world’s largest and wealthiest nations, and some of its poorer ones. India and China lead in the number of pollution deaths, with about 2.3 million and 1.8 million deaths respectively. The United States, the world’s third most populous country with 325 million people, makes the top ten list with 197,000 pollution-related deaths, while ranking 132nd in the number of deaths per 100,000 people.

The GAHP report updates findings published in 2017 by The Lancet Commission on pollution and health. The Commission’s seminal report, which was based on 2015 data, deemed pollution the greatest environmental cause of death and disease in the world, responsible for 1 in 6 deaths.

“The report reminds us all that pollution is a global crisis. It does not matter where you live. Pollution will find you,” says Rachael Kupka, acting Executive Director of GAHP.

Ambient air pollution kills more people around the globe than any other form of pollution. In the United States — which has invested in air, water and soil cleanup through the EPA’s Superfund program — ambient air pollution was responsible for more than half of the pollution-related deaths in 2017.

“In order to tackle pollution, we must prioritize it as an issue that affects us all, integrating it into health planning, and increasing funding to allow more research into pollution, such as monitoring pollution and its effects, and developing ways to control pollution. Pollution prevention can be highly cost-effective – helping to improve health and reduce climate impacts, while boosting economies,” says Richard Fuller, Chair of the GAHP Board of Directors.

In addition to total pollution-related deaths, the report provides regional and topical data including:

Other significant revelations include:

“Although pollution is one of the world’s leading killers, it does not get the resources commensurate with the impact,” says Dr. Jack Caravanos, NYU Professor in the College of Global Public Health and GAHP Advisor.  “It is difficult to trace deaths to pollution because there are so many types of pollution and end results. A person dying from a disease, for example, may not be counted as a polluted-related death even if pollution was a major factor.”

Below are the three Top Ten lists. Read the complete report.

Ranking total deaths by country from all types of pollution gives the following result:

The Global Alliance on Health and Pollution (GAHP) is a collaborative body made up of more than 60 members and dozens of observers that advocate for resources and solutions to pollution problems. GAHP was formed because international and national level actors/ agencies recognize that a collaborative, multi-stakeholder, multi-sectoral approach is necessary and critical to deal with the global pollution crisis and resulting health and economic impacts. 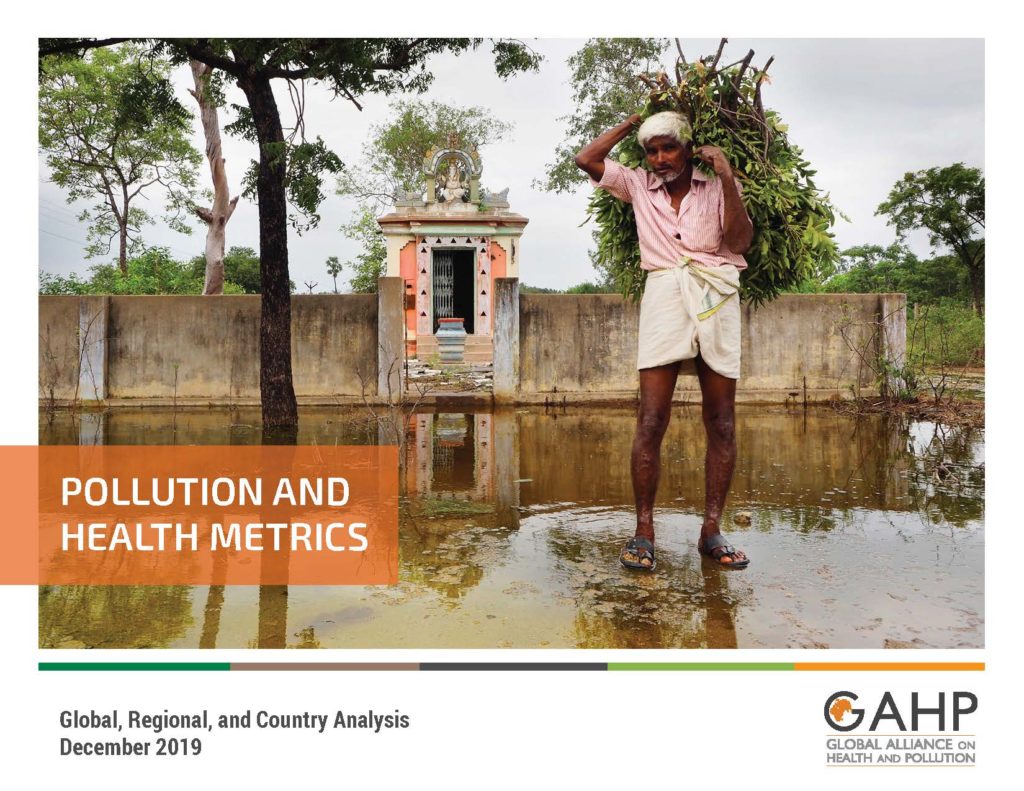