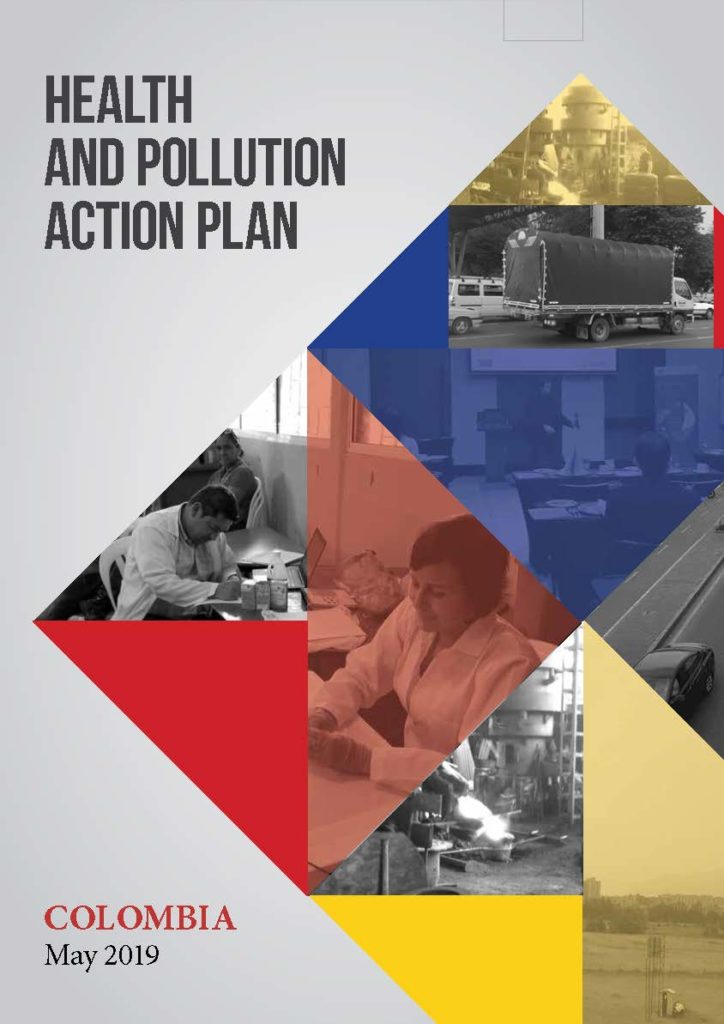 The Health and Pollution Action Plan process was completed as part of the United Nations Industrial Development Organization (UNIDO) global project entitled “Mitigating Toxic Health Exposures in Low and Middle-Income Countries.” Funded by the European Union and the United States Agency for International Development. The HPAP in Colombia is co-led by UNIDO and Pure Earth.

HPAP validated and adopted by the Government as policy. Concept notes will be developed into proposals and presented to development partners in February 2019.

In 2017, The Colombia Ministry of Environment and Sustainable Development (MESD) requested assistance from GAHP to help prioritize pollution challenges and develop plans to reduce pollution’s impacts. In the summer of 2017, Pure Earth facilitators began contacting relevant national stakeholders in Colombia and international stakeholders with development programs in Colombia to describe the HPAP process, solicited inputs, and invite such stakeholders to two HPAP Inception Meetings to be held in the fall of 2017.

The collaborative HPAP process began in Colombia in October 2017, with a Technical Workshop and High-Level Inception Meeting in Bogota on October 18 and 20, respectively. In June 2018, the HPAP team hosted a mid-term technical review meeting with 24 government representatives responsible for issues related to health and pollution. Many of these representatives are members of CONASA—an inter-ministerial technical committee established to coordinate environmental health initiatives. One of CONASA’s primary responsibilities is to draft a National Environmental Health Action Plan. The scope of this plan is broader than that of the HPAP, but includes pollution issues. This drafting process is underway currently. The HPAP will not only feed into this National Plan, but will also serve as the roadmap to implement some of the goals established in the National Environmental Health Action Plan.

A Validation Meeting for the Colombia HPAP was held on Dec 10, 2018. A meeting of development partners is scheduled for February 2019.