In 2020, GAHP forged connections with G20 engagement groups to put the topic of pollution and health on an expanding array of global agendas. The results of these engagements are promising.
The latest evidence of this can be seen in the recommendations of the Saudi-lead T20 team to G20 leaders, just released at the G20 November summit. These recommendations establish strong precedence for investing in measures to mitigate and prevent the hazardous effects of pollution on human health, more specifically: 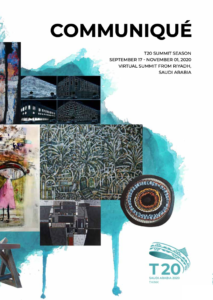 These T20 recommendations to G20 reflect the growing awareness that:

While many of these recommendations target air pollution, they will also impact efforts to address lead pollution, which is another major cause of death and disability, especially in children. A recent report from GAHP member Pure Earth and UNICEF has revealed that one in three children globally have high levels of lead, causing neurological damage and permanent IQ loss, and leading to about one million premature deaths each year. High levels of lead also correlates closely to rates of violent crime, exposing another risk to public health. In some countries lead poisoning costs 2-4% of GDP, and exceeds the value of overseas development aid.

As Saudi Arabia gears up to transfer the G20 presidency torch to Italy, GAHP is well-poised and ready to continue to contribute and fight for pollution to gain the attention and response needed to protect the health and well-being of all.