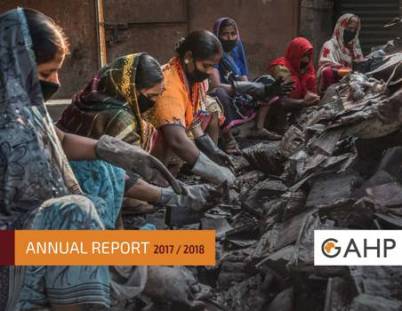 The latest GAHP annual report covers accomplishments achieved over 2017 and 2018. This includes the groundbreaking report from the Lancet Commission on Pollution and Health and its wide-ranging impact, from the global campaign, which reached over 2 billion people worldwide, to its success in changing the conversation about pollution across the nonprofit, development, and agency world, and also with corporate leaders, politicians and other decision makers. As a result, pollution is now being addressed internationally alongside key issues such as the SDGs, NCDs and Climate Change. The report also looks forward to next steps, including the formation of the Global Observatory on Pollution and Health, and the global pollution map project.