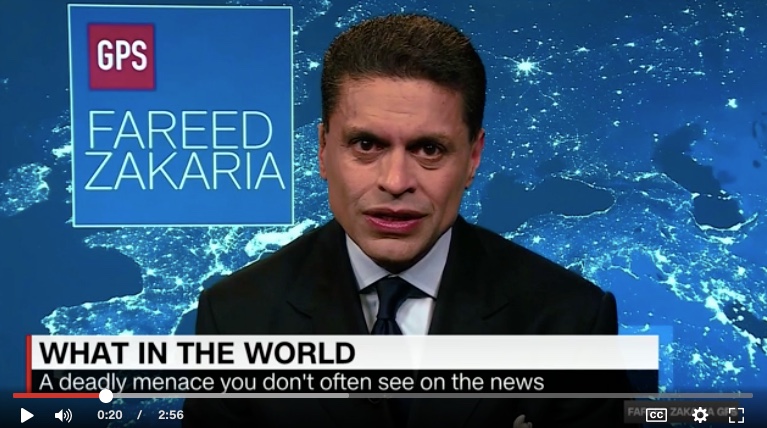 The world is starting to wake up to the true cost of pollution, and the cost of inaction.

Since the report from The Lancet Commission on Pollution and Health was published on October 19, it has reached over 1.8 billion people through extensive coverage in major newspapers, TV, and radio outlets worldwide.

Now, key voices are uniting in their understanding of the significance of the report, and they are taking a stand in editorials and opinion pieces.  Here is a sample of what they are saying.

“So even if you don’t accept the facts about global warming, moving to clean energy and eco-friendly policies is a simple and powerful way to save lives…”
— Fareed Zakaria’s passionate monologue on CNN
“The Lancet study should remind leaders in the United States and elsewhere that, though there are costs associated with restricting pollution, countries also incur costs by failing to do so. Finding the right balance requires acknowledging both sides and weighing them carefully. — The Washington Post editorial board’s Opinion piece.
“The Lancet Commission on Pollution and Health … is an immensely important piece of work highlighting the impact that environmental pollution has on death and disease and the related need to scale up political will if we are to effectively confront this issue.”
— commentary issued World Health Organization (WHO) experts
“There is no greater threat to the wellbeing of our children and future generations than that from environmental change.” —  Pollution: think of the children, Lancet Editorial