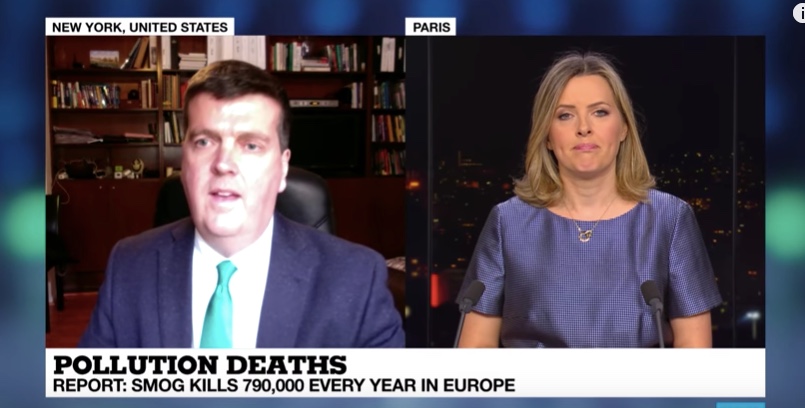 A new study by the European Heart Journal reveals that air pollution is twice as deadly as once thought, that it is killing more people than smoking, and that it causes an extra 800,000 deaths in Europe alone.

Pure Earth President Richard Fuller discussed the global threat with France 24, bringing up the issue of crop burning, a major contributor to air pollution and the spread of toxic smoke across Europe and Asia. Watch the interview.