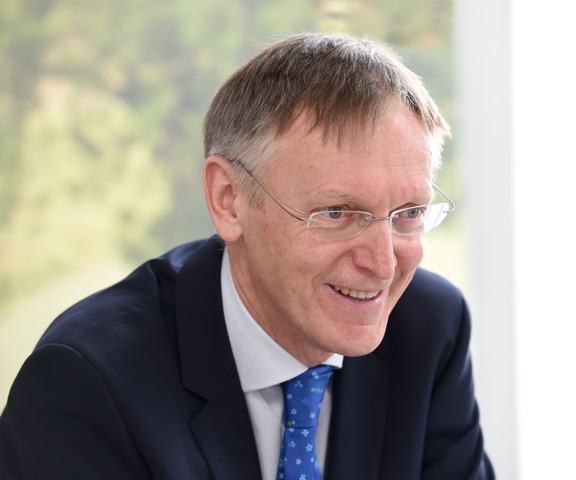 “…as an economist, I believe that in fact the only sensible way forward is for the economy and the environment to go hand in hand.”

Because from my previous role as European Commissioner for Environment I am well aware of the impact of pollution on our health and how serious the problem is. Pollution receives a lot less media coverage than it should. The World Health Organisation estimates that air pollution causes 3 million premature deaths worldwide per year. This is very serious, not just for those suffering and their families but also for the global environment and the global economy.  It is often claimed that jobs and growth should be our priorities and that issues such as pollution are unwanted but unavoidable side-effects. I believe this to be false and, as an economist, I believe that in fact the only sensible way forward is for the economy and the environment to go hand in hand.  The health benefits alone of reducing pollution will save society billions in external costs and provide billions more in direct benefits due to higher productivity of the workforce, lower healthcare costs, higher crop yields and less damage to buildings.

I hope that it will succeed in putting the spotlight on an issue which urgently needs highlighting. I hope that regulators, policy-makers and decision-makers will take note and implement the strategies needed to end the underlying causes of pollution as well as their effects.

We need to see a holistic approach to policy-making and I think the best way to convince people that this is the correct approach is through economic reasoning. In particular, policy-makers need to be persuaded that the cost of reducing pollution is not a burden on business or the economy. Sustaining air and water quality is not only an environmental objective, but also as an economic opportunity.  As countries step up their air and water quality monitoring requirements and emission controls, this will create an enormous demand for products and industrial processes that emit less. Increased air and water quality regimes will actually benefit competitiveness. In addition, policy makers need to look at the overall costs and benefits. High levels of pollution result in huge healthcare costs, lower crop yields and lower productivity.  Conversely, policies which reduce pollution will produce major health savings, higher crop yields and increased productivity. I hope that government Ministers will come to realise that their portfolios are not standalone but are interrelated. Policies in areas such as Transport, Research, Trade, Agriculture, Industry, Environment etc need to be joined up and not be in conflict with each other.

Dr Janez Potočnik (1958) graduated from the Faculty of Economics at the University of Ljubljana, Slovenia (Ph.D. degree 1993). After a successful career starting in 1989 in Slovenia as a researcher at the Institute of Economic Research, Director of the Institute of Macroeconomic Analysis and Development (1994). He was appointed Head of Negotiating Team for Accession of Slovenia to the EU (1998). He was also Director of Government Office for European Affairs (2000), Minister Councillor at the Office of the Prime Minister (2001) and Minister responsible for European Affairs (2002). In 2004 he joined the European Commission, first as “shadow Commissioner for Enlargement and then as Commissioner responsible for Science and Research. In 2010 Dr Potočnik became Commissioner for Environment. His term ended on November the 1st 2014. In November 2014 he was appointed for a three-year term as a member and Co-Chair of International resource Panel hosted by United Nations Environment Programme. In the same month he was also appointed as a Chairman of The Forum for the Future of Agriculture and RISE Foundation and a Member of the European Policy Centre’s Advisory Council.