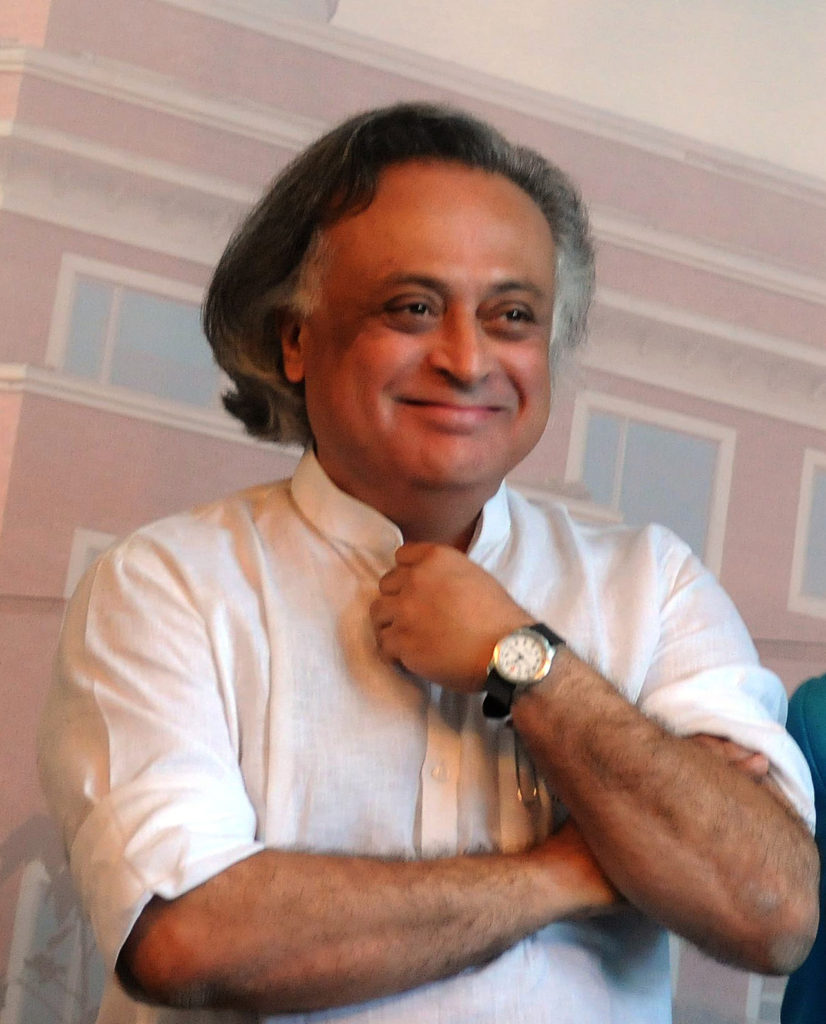 “Air and water pollution, chemical contamination, and land degradation are becoming so severe in India that we are talking about existential risks now. India must show to the world a new approach that protects the environment at the same time as you grow economically.”

Jairam Ramesh is a Member of the Upper House of the Indian Parliament. (Bio below)

Jairam Ramesh is a Member of the Upper House of the Indian Parliament. He was Minister of Rural Development, Government of India (2011-2014); Minister of Drinking Water and Sanitation (2011-12); Minister of State (Independent Charge), Minister in the Ministry of Environment and Forests, Government of India (2009-2011), and Minister of State of Commerce and Power (2006-2009). He played a pivotal role at the climate change accord negotiations at Copenhagen (2009) and Cancun (2010). Jairam Ramesh is a noted author and has been a key promoter of the Centre of Environmental Health established last year in New Delhi.