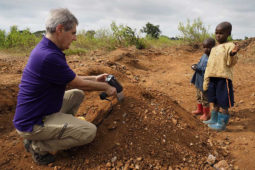 An important new paper from Dr. Bruce Lanphear, a Commissioner on The Lancet Commission on Pollution and Health, and other scientists, reveals that the cardiovascular impacts of lead are under-estimated by a factor of 10. The study reveals that low-level lead exposure (between 1-5 ug/dl micrograms of lead per decilitre of blood) increases the risk […]

Notes from the Field: The Beginnings of a Health and Pollution Action Plan in Madagascar

Madagascar is taking exciting steps to reduce on pollution, protect the country’s natural beauty, and promote the health of all Malagasy people. The government of Madagascar recently approached the Global Alliance on Health and Pollution (GAHP) to help them develop a sustainable and impactful Health and Pollution Action Plan (HPAP). This past April, after weeks of […]

On April 28th-30th, 370 global changemakers from 25 countries gathered for the inaugural annual meeting of the Planetary Health Alliance. GAHP was thrilled to join experts discussing the future of efforts to address the human health impacts of manmade environmental change. As part of this landmark event, Dr. Philip Landrigan, a co-chair of the Global […] 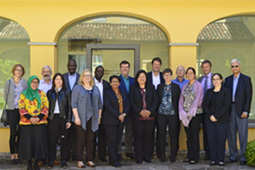 GAHP is currently holding a meeting at the Rockefeller Conference Center in Bellagio, Italy, with  representatives from seven countries as well as the World Bank, European Commission, United Nations Environmental Programme, WHO, Clean Air Asia, the Global Alliance for Clean Cookstoves, and other key development agencies. Among the topics being discussed: the upcoming report from the […]

Achieving The #GlobalGoals And Addressing Pollution Go Hand In Hand

Here’s the down & dirty on pollution. It is one of the leading causes of death globally, with 92% of deaths occurring in low and middle-income countries. People in the poorest, most marginalized communities often bear the constant toxic assault of polluted air, soil, and water. Due to the myriad number of ways pollution affects the […]

Announcing the launch of the GAHP’s Pollution Info-Sessions–a new educational series in which experts from around the globe share their insights on pollution-related topics, followed by a Q&A. Pollution Info-Sessions take place every second Thursday of the month at the same time (8 a.m. EST). To attend, just dial in via phone or online. Get […]

A new editorial on air pollution published by The Lancet explores the need for cooperation and calls for transformative efforts to reduce its burden of disease. It lists the work being done by the global Commission on Pollution, Health and Development as a crucial component of any global solution. Read the full editorial here or reproduced […]

Traveling from across the globe, 20 Commissioners from the new global Commission on Pollution, Health and Development convened for two days in New York City for a detailed review and rigorous discussion of a research and policy draft report that could change the way pollution is viewed and funded by key decision-makers. The report is scheduled to be published by […]

Over 100 people attended GAHP’s event at ‪UNEA2‬ on May 27 to learn more about “Pollution: The Largest Cause Of Death On The Planet – A Lancet Report In The Making.”‪ GAHP has convened a “global pollution brain trust” of leaders to produce a report, The Global Commission on Pollution, Health + Development, that will be […]

Earlier this month, there was a lead poisoning scare involving Maggi instant noodles manufactured in India. The company promptly pulled the product and samples were sent to the Maharashtra Food and Drugs Administration for testing. The results – most of the samples were found to have lead, but within the permissible limits of 2.5 parts per […]