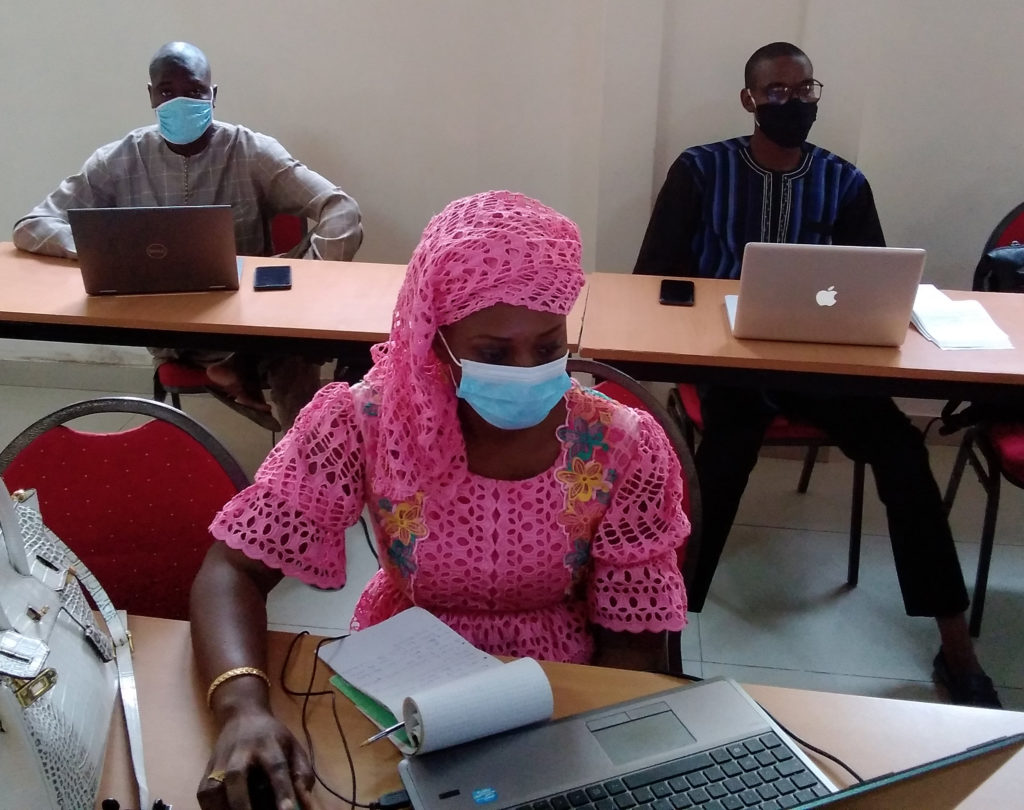 This HPAP meeting in Senegal was one of the few in-person events held in 2020.

In 2020, GAHP succeeded in establishing an increasing number of key connections that have increased the visibility of pollution on the global agenda, even as the pandemic placed limitations on the way we all work. Here are some highlights of GAHP’s work across the board.

As global meetings and events moved online, so did GAHP’s advocacy work.

In 2020, thanks to funding from the Swiss Development Cooperation (SDC), Pure Earth and the Clarios Foundation, GAHP held over 100 virtual meetings to advocate for the adoption of recommendations from the Lancet Commission on Pollution and Health report, and to raise awareness about the scope of lead poisoning globally. Among events organized by GAHP were:

GAHP also participated in presentations/interventions at events hosted by the World Economic Forum and OECD; engaged with working groups at SAICM and ICCM; and joined the Planetary Health Alliance and Every Breath Counts Coalition.

Of particular note were inroads GAHP made in 2020 with G20 engagements groups: Think Tank 20 (T20), Urban 20 (U20), Civil Society 20 (C20), and with G20 sherpa offices in Canada, Italy and Japan. As a result of these advocacy efforts, a call to address air pollution and its health impacts was included in the T7 and T20 recommendations to the G20, setting a precedent and increasing the visibility of pollution to G20 leaders. GAHP also published its first T20 policy brief.

Of note, USAID has started to increase the number of competitive grants that include reference or a specific focus on pollution as a direct result of GAHP’s work and the publication of the Lancet Commission on Pollution and Health in 2017. In February, USAID issued a Broad Agency Announcement (BAA) seeking opportunities to collaborate on pollution prevention and mitigation. This is the first time they have issued such a BAA regarding pollution.

Thanks to support from the Swedish Ministry of Environment, USAID and SDC work is continuing on an update to the 2017 report from the Lancet Commission on Pollution and Health. An authors’ meeting was held in November 2020, and the followup report is expected to be submitted to the Lancet in early 2021.

GAHP convened a technical experts group to establish a lead metric for quantifying the health and economic impacts/benefits of remediation and risk reduction projects in 2021.

Work also began in 2020 to collate data on existing blood lead levels and relevant regulations related to lead pollution globally for inclusion on the pollution.org website.

In 2020, Madagascar‘s President and Prime Minister declared pollution a priority, based on the country’s HPAP (Health and Pollution Action Plan), which was completed in 2018.

GAHP completed HPAPs in Kalimantan, Indonesia; Senegal and Tajikistan. New HPAPs began in Azerbaijan and Bangladesh with funding from USAID, the EU Delegation of Tajikistan and SDC.

In October, as part of Thailand’s HPAP process, the Thai Environment institute hosted a stakeholder meeting in Thailand on open field burning with support from Pure Earth, GAHP and UNEP, with funding from the Oak Foundation and SDC.

On the ground, GAHP supported Pure Earth’s outreach to local NGOs in Colombia, Senegal, and Bangladesh. In Colombia, campaigns being launched, funded in part by SDC and USAID, include:

Interested in how we are working to solve the global pollution crisis? Sign up to get GAHP updates delivered to your inbox about six times a year. Be among the first to be notified about the release of the new report from the Lancet Commission on Pollution and Health in 2021.