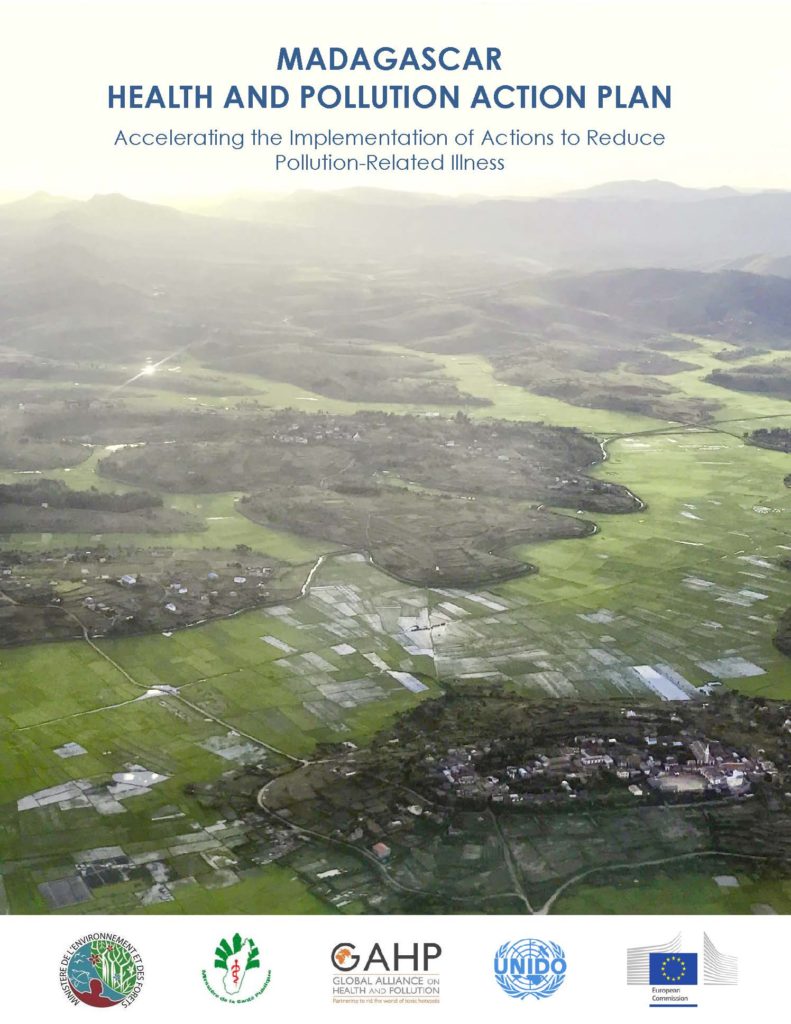 The Health and Pollution Action Plan and associated activities were made possible through financial support from the European Commission, the United Nations Industrial Development Organization and Pure Earth, the Secretariat of the Global Alliance on Health and Pollution.

HPAP validated and adopted by the Government as policy. Two new small-scale pollution programs funded, and a third is likely. (see below for more details)

Madagascar is a low-income country with minimal industrial development. The Ministry of Environment, Ecology and Forests is a long-time GAHP member, and one of the first members to request the HPAP program.

The Minster of Environment chaired the HPAP inception meeting, which was attended by representatives from all relevant ministries, as well as interested stakeholders, including WHO, UNICEF, World Bank, UNIDO and USAID, among others. A national working group was established with members from seven ministries to provide relevant data and facilitate the drafting of the HPAP document.

Through the HPAP analysis, household air pollution and ambient air pollution were identified as priorities due to their significant contributions to morbidity and mortality. Chemical contamination was also identified as a priority due to the lack of available data on the subject and the recognition of the Ministry of Environment that its understanding of the country’s chemical contamination profile was limited. Although contaminated water also causes significant health risks in Madagascar, the Ministry of WASH recently completed a national action plan to address biological contamination of water, and as such, the national working group determined that it should not be a focus of the HPAP.

A validation meeting for the Madagascar HPAP was held in October 2018. At the meeting, stakeholders reviewed the analysis and the three concept notes that were developed to address the three priority pollution issues were highlighted in the report. The HPAP was validated unanimously and declared as public policy by representatives of the Ministries of Health and Environment. The HPAP was immediately featured as the lead story on the Ministry of Environment website, and was also publicized in local newspapers.

Due to the HPAP process, financial resources were secured for two new pollution programs in Madagascar. The Oak Foundation is providing seed funding to assist the Ministry of Environment to begin a national contaminated site identification and assessment program, and another project to demonstrate a remediation or risk-reduction at a contaminated site. In addition, representatives of UNICEF in Madagascar expressed an interest to fund a project on household air pollution, and UNIDO indicated they would integrate the HPAP findings and concept notes into their five-year country strategy.