John Keith will share his global experiences in remediating lead-contaminated sites in the first Pollution Info-Session. Mr. Keith is an environmental executive and engineer with over 40 years experience in industry and government. He has directed many contamination remediation projects in the U.S. and throughout the world. In 2010 he spent 3 months in […]

Cost of Inaction: Chemical Burden of Disease, ICCM4 Side Event

23 – 27 March 2015, New York During the week of the 23-27th of March 2015, a panel discussion and an informal breakfast dialogue on the subject of “The Poisoned Poor: Why Safe Management of Chemicals and Wastes Matters for Sustainable Development” were held on 24 and 25 March 2015 respectively. Both events were jointly […] 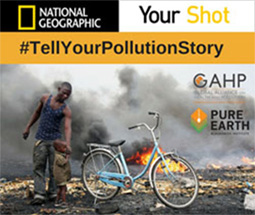